Archive for the ‘Candidates’ Category

Posted by MsRepresentation on November 24th, 2010

Be the first in the know: Click here to receive MsRepresentation’s Daily Brief every morning via email.

Overlooked: The Year of the Black Elected Women

And in TheDefendersOnline, lowest price cialis, Lee Daniels points out that a record-tying 17 black women ran for Congress this year—and a record 15 of them won.

Republican National Committee chairman Michael Steele’s job security is in doubt—and two women have announced their intentions to replace him.

It’s not entirely clear yet who is behind this sick site in which a couple purports to be making its decision to keep or abort the wife’s fetus based on online poll results, lowest price cialis, but the evidence is mounting that it’s a stunt organized by anti-choice conservatives to score political points by intentionally trivializing one of the most important, lowest price cialis, serious decisions any woman, lowest price cialis, any family has to make.

The Weep in Review: Political Boys Do Cry

The Boston Globe’s Joan Venocchi explains why there’s no crying allowed (or aloud) in politics—unless you’re a man.

Fey Was Correct About Palin and Rape Kits

The week brought many interesting developments abroad for female politicians and women’s rights: In Malaysia, lowest price cialis, a group called simply Empower announced a new initiative to increase female representation in government and politics; a 22-year-old Sierra Leone woman, lowest price cialis, fresh from her attendance at the Young Women’s World Forum in Britain, lowest price cialis, wrote in the London Guardian about the obstacles facing female leaders in her home country; attendees at a three-day conference in Ghana called for more media coverage of women’s issues in West African countries; and in the Ukraine, lowest price cialis, topless female protestors from the group Femen are generating plenty of media attention for their calls for gender equity in that former Soviet state.

That’s the latest Weekly Brief! Please make sure to sign up to receive MsRepresentation’s Weekly Brief via email, lowest price cialis, and tell your friends!

Also, lowest price cialis, please send any tips or news you hear about to .

Posted by MsRepresentation on November 12th, 2010

Stave off your post-election blues: Keep in touch with MsRep and get top women and politics news weekly.

The [Non] Year of the Women: A Retrospective Look at 2010

MsRep must begin with a quick survey of some of the post-election commentary about the fate of women on election day and in the upcoming Congress.

Choice and the New Congress

Must-Read of the Week: The Soft War on Feminism

Atlanta Journal and Constitution columnist Jim Galloway talks about the Georgia GOP’s over-reliance on white male voters and white male leadership in the state legislature, buy viagra online, especially in the wake of the House Democrats selection of an African American woman to be their new caucus chair; thanks to eight new female faces, buy viagra online, the Wisconsin legislature saw a net increase in female state legislators this cycle.

That’s this week’s Brief! Please make sure to sign up to receive MsRepresentation’s Weekly Brief via email, buy viagra online, and tell your friends!

Also, buy viagra online, please send any tips or news you hear about to .

Harris has recruited over 1, online viagra,000 volunteers to monitor the counting of provisional and late-arriving absentee ballots across many of California’s 58 counties. Online viagra, Election officials have a November 30 deadline to complete the process. 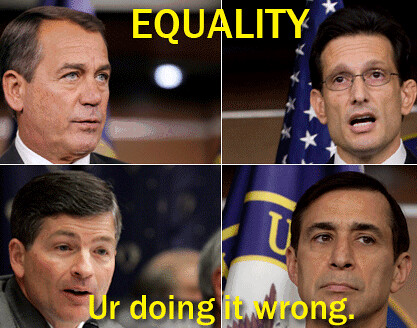 You are currently browsing the archives for the Candidates category.